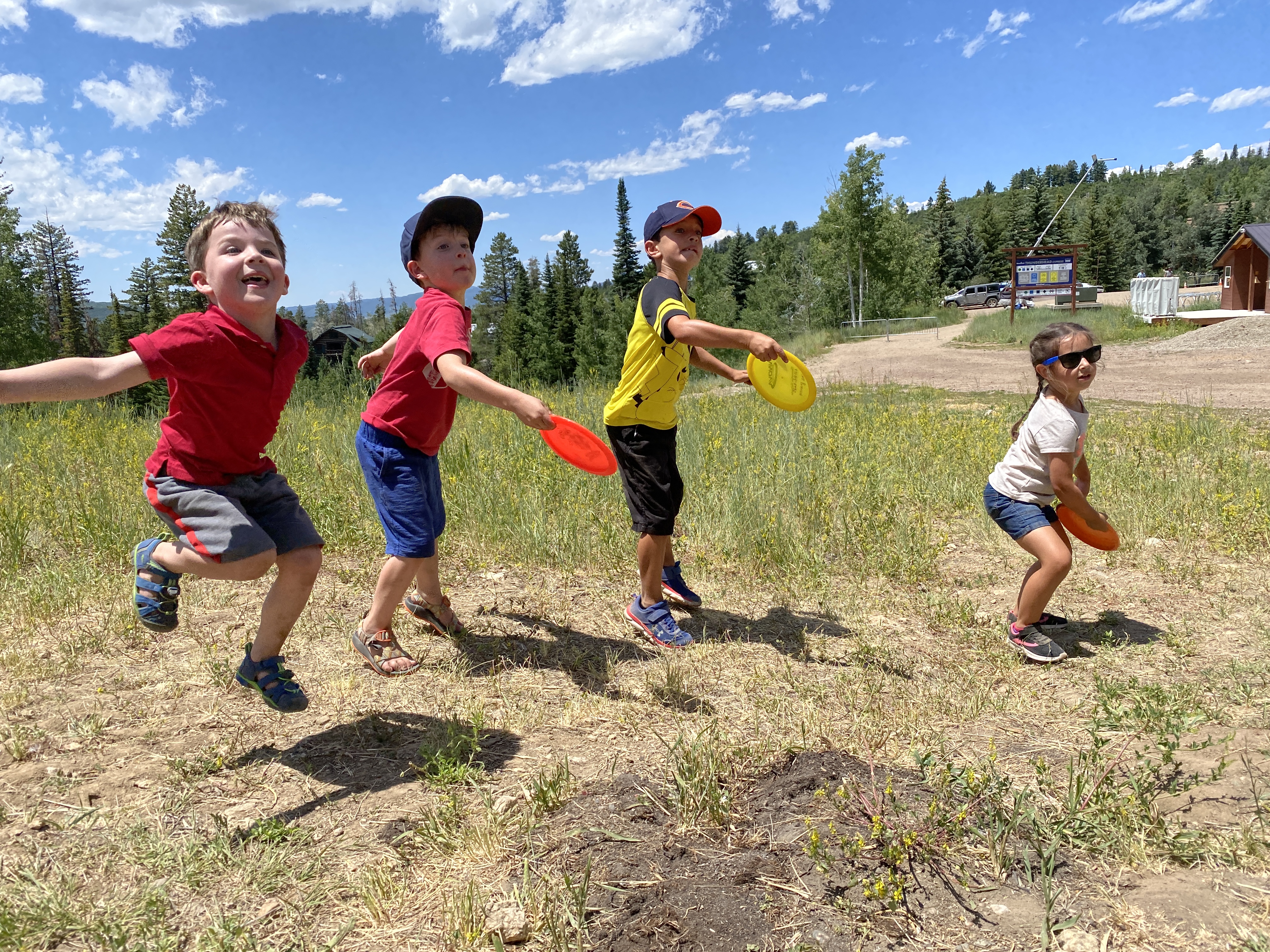 Generating power from the lower body is one of the most crucial elements in an effective putting technique. Photo: PDGA Media

Like many parents, I have recently found myself with more time than ever to bring my kids to the disc golf course. It has proven to be one of the most dependable, inexpensive respites from the maddening regimen of 24/7 home life in the crazy year that has been 2020.

And to my great joy, it hasn’t taken long for them to become obsessed with the game. Nowadays they are constantly emptying my bins of discs into the backyard and playing Lego mini disc golf throughout the house. And they know all the lingo: anything that goes in from more than 10 feet away is an “ace.” They know who is “out” and when someone is “parked.”

My four-year-old, Jonah, has a particularly smooth backhand. It’s not entirely dependable – at least a few times a round he holds on too long and the disc comes out sideways or backwards. But, man, as far as extension and fluidity of motion – I could only ever aspire to it.

The one thing that has been a consistent source of frustration for him, though, is putting. Once he gets close to the target, I tell him to throw it “soft” or “slow”, or to “putt” it. I tell him not to turn his shoulders and I show him what it looks like. He imitates my putting motion and the disc falls limply to the ground. Then he takes another disc, aims at the chains, reaches back and throws with his typical backhand motion and BAM! Chains are smashed, sounds are made, and he is happy.

But… on other holes his kamikaze-style putts miss the chains and he ends up twice as far from the basket than before he threw. He tries the same strategy again. Same result. And back and forth until six attempts later we have made no progress, and he is refusing my pleas to just throw it under the basket and drop it in. “No,” he thinks. “That doesn’t sound as cool.” Meanwhile, the group behind us waits on the tee box and I am getting stressed.

So, we get home and head to the backyard to work on some putting. First, I show him again what my putt looks like: traditional stance, weight shifting from back foot to front foot, flat release. He tries it and gets the same result as before – the disc falls right to the ground out of his hand.

Then I asked him to try a straddle stance with his shoulders and hips square to the basket, thinking maybe it would be easier for him to just push up with his legs rather than attempting to transfer his weight from the back foot to the front foot.

This helped a bit, but even though he saw how I was pushing-off with my legs, he wasn’t able to achieve the transfer of power from his lower body up to his putting arm. The timing wasn’t quite there; the core not quite engaged in the right way.

I couldn’t explain any of this to him, of course – it would all sound like gibberish to a four-year-old. I had to find a way to help him learn the feel of transferring his body weight by associating it with something he was already familiar with.

That’s when the idea hit me to have him try a straddle jump putt. Jumping is just one of those motor skills that kids pick up and enjoy at a young age, and by the time they are my kids’ age it is more or less second nature. They may not understand the concept of weight transfer, but they can instinctively throw a jump shot with a basketball. Why not take the same approach with a disc?

Almost immediately Jonah started to get more pop on his putts without turning his shoulders. Best of all: he now prefers to jump putt rather than to throw the disc from about 30 feet and in so he more often two or three-putts than he six-putts. Chalk that up as a win for both of us!

Now, some may want to point out that jump putting from within the 10-meter circle is against the rules. Yes, yes it is. But I am not too worried about him adhering strictly to the rules at this point – right now it’s about fun and learning. If jump putting is going to help Jonah learn to engage his lower body and have more fun putting the disc into the chains, then that’s what we’ll do for the time being. Eventually we will begin recognizing the 10-meter rule, and I’ll let him know that he needs to “jump without ever leaving the ground.”