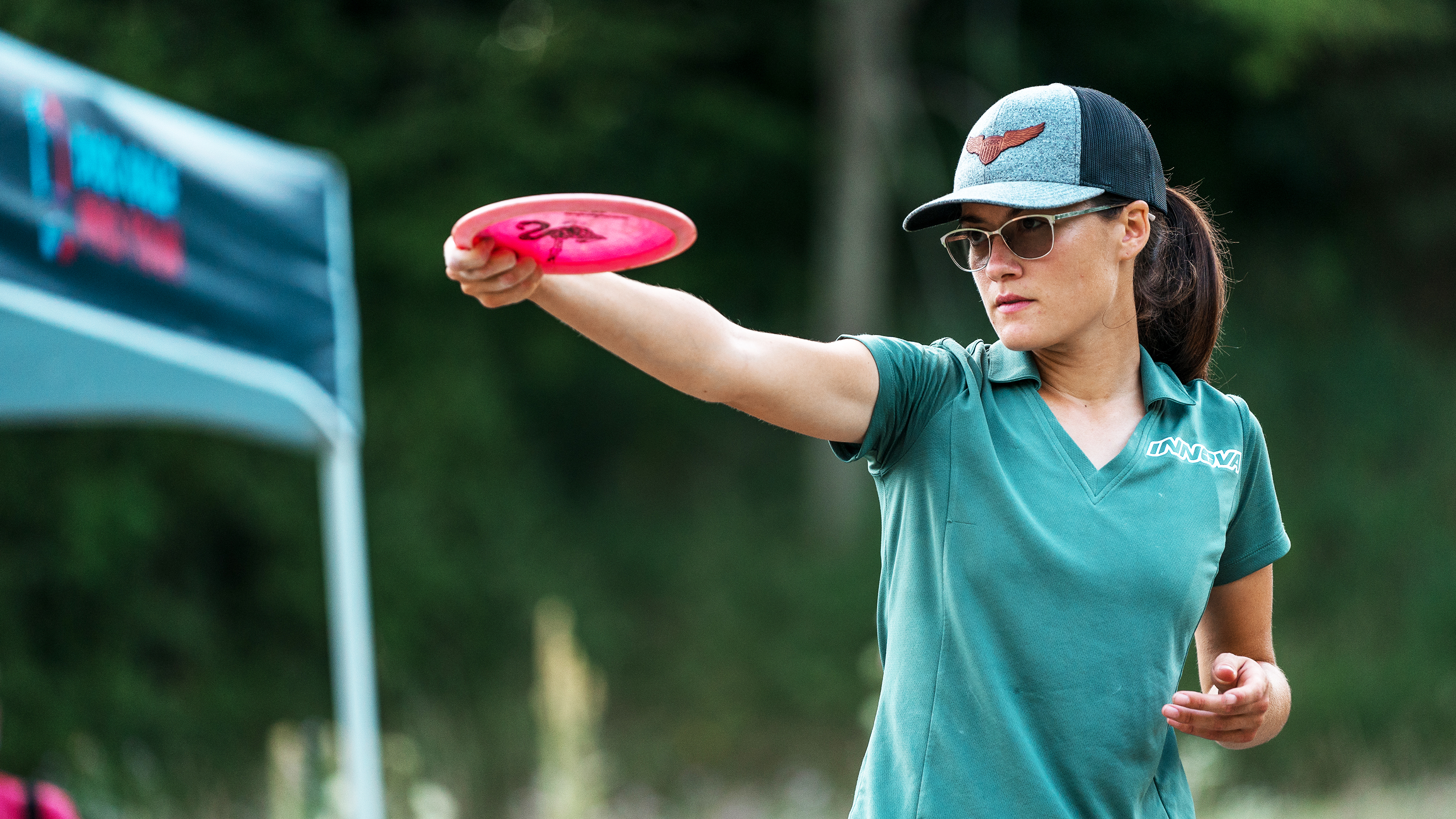 The rich got richer Saturday at Discraft’s Great Lakes Open as four of the top six MPO players matched the hot round at 11-under and produced what Nate Doss called, “The greatest putting round from a group of men that I’ve ever seen.” That says a lot coming from the three-time PDGA World Champion, who is no slouch himself around the putting green.

Leading the charge from beyond the arc was Kevin Jones who cashed-in on a jaw-dropping SEVEN circle-2 putts, bringing his tournament average to 71% from C2 and leaving him in a tie with Eagle McMahon for the lead heading into Sunday’s final round.

McMahon came out of the gate guns blazing, birdieing the first five holes and posting a 7-under on the front nine, but cooled off a bit down the stretch to finish 11-under.

“I actually felt like I played a lot better today, probably up until about hole 13,” he told Disc Golf Network’s Terry Miller. “I was thinking I could put in a 13 or a 14-under but then things kind of went stale for a few holes. Kind of running out of energy on these big hills but on the last hole I was able to slop together a birdie. All in all, I’m really happy to be in this position – I haven’t been in this position in a while.”

Ricky Wysocki has to feel the wind in his sails as well as he put up a very solid performance to keep himself two back of the lead. The two-time PDGA World Champion was more than happy to take part in the lead card’s circle 2 birdie binge, bagging four long ones including a 110-foot monster from around the bushes on hole 13. Udisc has this shot classified as a throw-in, but Wysocki’s prodigious power with the putting stroke along with the fact that he started raptor-legging toward the basket shortly after release may suggest otherwise.

Rounding out the lead card on Sunday will be James Conrad, who contributed four circle 2 putts of his own on his way to bogey-free 11-under.

“It’s exciting,” he told Miller in his post-round interview. “Final round lead card action is some of the most fun you can have in disc golf, I think. It looks like it’s pretty tight – a couple of 22’s and a couple of 20’s – coming into the final round so it should be a good battle tomorrow. I can’t wait.”

In FPO, Paige Pierce struggled on the front nine with two bogeys, but turned it on down the stretch to improve on Friday’s 5-under and stretch her lead to five heading into Sunday’s final.

“There were some holes that I cleaned up, for sure,” she told DGN’s Miller. “But there were a couple other errors that I didn’t clean up. Hole 9, I took the bogey again and I took another bogey early in the round, and I missed a couple of circle 1 putts that felt uncharacteristic. So it was improvement score-wise but I’m still feeling like it’s not what I wanted out there.  Tomorrow I’m definitely shooting for higher.”

The woman with the best chance to catch her – that is, if she can get the putter going – is Catrina Allen, who managed to post a 3-under round despite a head-scratching 14% C1x putting performance.

Joining Pierce and Allen on the Sunday lead card will be talented newcomers Heather Young and Ellen Widboom. Widboom got the better of a rollercoaster round on Saturday in which she carded three bogeys but matched Pierce with an FPO-leading eight birdies.

You can Sunday’s MPO and FPO final round lead cards live beginning at 2pm ET. Check our event page for more info on how to follow.

The Rich Get Richer As Leaders Put On An All-Time Putting Clinic was last modified: July 26th, 2020 by PDGA
Share this post with your friends.

2020 PDGA Global Board Of Directors And State/Provincial Coordinators Announced

Photo: Alyssa Van Lanen The votes from the 2020 PDGA Elections are in and have been counted! The elections took place through the month of July, and ballots were sent to 51,800 eligible members. Of those, 11,821 members voted for a participation...

Finland's back at it, and the "best" course in the States gets a showcase July 31, 2020 by Bennett Wineka in Livewire with comments Here’s a quick look around the PDGA schedule at notable players and tournament plans this weekend. Mid America Open – DGPT...

Niklas Anttila Has Found The Formula For Success

Eagle McMahon chats about his surprised reaction to the DGLO finish and much more on this week's episode of PDGA Radio. Photo: Alyssa Van Lanen | Disc Golf Pro Tour National Disc Golf Day is on the way! Steve and Sara chat about this weekend’s celebration and...

2020 PDGA Global Board Of Directors And State/Provincial Coordinators Announced

Photo: Alyssa Van Lanen The votes from the 2020 PDGA Elections are in and have been counted! The elections took place through the month of July, and ballots were sent to 51,800 eligible members. Of those, 11,821 members voted for a participation...