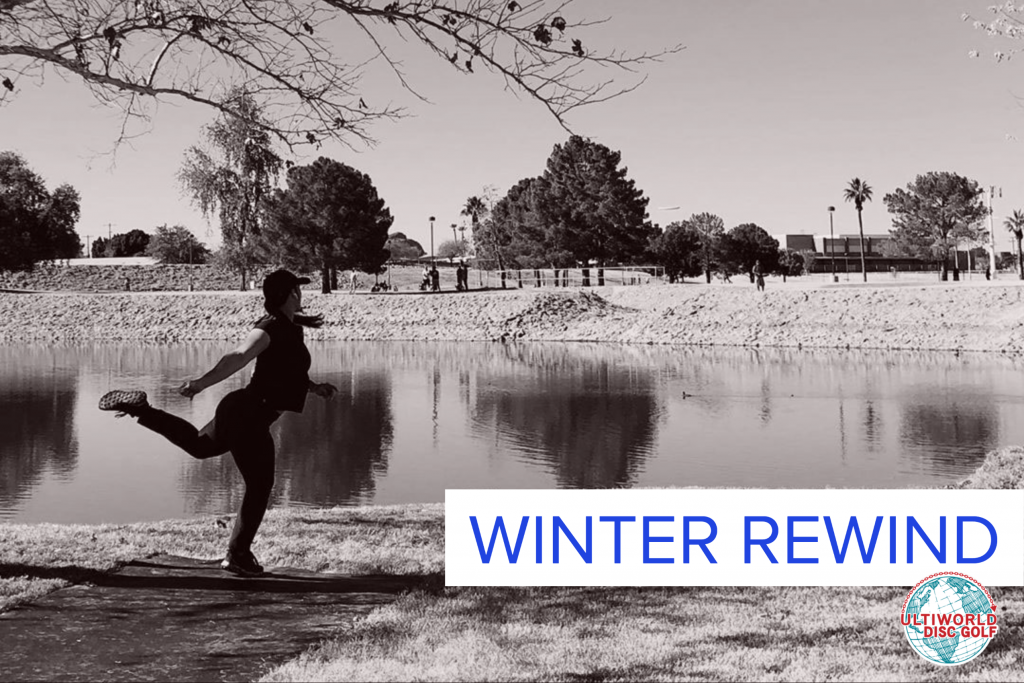 It’s been more than three months since the Disc Golf Pro Tour Championship in Charlotte, and while some of the world takes a break from tournament play during the “offseason,” high-level golf is still being played.

Time to check in on some of the game’s top players to see what they’ve been up to.

Catrina Allen: Apparently she wasn’t even planning on playing, but Allen got a nice W at the Maricopa Open to start her year.

Jennifer Allen: Besides a couple lower tier wins to close out 2019, Allen has added Shelly Sharpe Memorial and Battle at the Fountain wins in 2020.

Lisa Fajkus: A 975-rated round closed out her Staddle the Brazos win.

Rebecca Cox: A December trip to Tupelo Bay resulted in a win.

Valerie Mandujano: Picked up a couple B-tiers at the end of last year, including the BATADGA Finals.

Callie McMorran: Has been playing a lot of second fiddle to Jennifer Allen recently, but did get first at the Mesa City Championship to go with her 2019 Phoenix Ladies Open victory.

Kona Panis: A 2019 Inland Empire Championship and an Ice Bowl in 2020 are both quality victories.

Tina Oakley: Not always playing but usually at a course, Oakley got a win at the Fairhope Jubilee.

Adam Hammes: Off to a humming start in 2020 with two impressive wins down in Arizona at the Shelly Sharpe Memorial and Maricopa Open.

Chris Dickerson: Closed out 2019 with solid wins at South Florida Open, Belch’n Turkey, and All Hyzer’s Eve. A slow start to the new year by his own standards was rectified by a win at the Pasture Open,

Garrett Gurthie: A win at the Chain Hawk Open over Dickerson, and played in the Open division with siblings Evan and Alex.

Gregg Barsby: A stop-off in Texas netted a BATADGA Tour Championship for the Champ.

Emerson Keith: The Texas Armadillo never stops playing, and he’s got the flex start wins to prove it.He got a good win at the Winter Warmup.

Dan Hastings: Starting 2020 strong with wins at the King’s Cup and Mooky’s Cup Not Yours over solid fields.

Cameron Messerschmidt: The newly-signed Gateway pro had a nice win over Calvin Heimburg at the Moccasin Lake Open.

Austin Turner: Is Turner officially back from injury? Wins in Charleston and Myrtle Beach suggest so.

Cameron Colglazier: An 1100+ rated round helped Colglazier to a Fairhope Jubilee victory.

Scott Withers: Sometimes easy to forget that Withers is rated almost 1040. A win at the 2020 Santiam Open go with three other late season victories from 2019.

Luke Humphries: Did we mention Humphries’ Veterans Park Open W? We should have.

Alex Russell: Top 10 finishes at USDGC and the DGPT Championship led to a November win.

Michael Johansen: Staying sharp with a victory at the Savannah Open.

Barry Schultz: Five wins since USDGC, including the Hall of Fame Classic A-tier and the Craven Chains Classic.

JohnE McCray: Hasn’t played much but did win the New World Championship.

Austin Hoop: The 1010-rated California finished 2019 with a NorCal Championship and looks to be hitting the road hard in 2020.

Bradley Williams: Does an early Straddle the Brazos win mean more Williams on tour in 2020?

Colten Montgomery: A 2019 Inland Empire Championship and an Ice Bowl in 2020 are both quality victories.